The New Grad Dilemma: How Can I Use My Degree?

When I decided to go to school to be a journalist, I had big dreams. I was going to chase down stories reminiscent of Citizen Kane. I would spend long days ferreting out the truth behind conspiracies and sleepless nights clobbering the keys of a typewriter. I was young.

It didn’t take long to figure out that my chances of writing for National Geographic were about that of a cat laying an egg. It wasn’t in the cards.  I could eventually work my way up through the ranks of a local newspaper outfit, if I gave it my time, blood, and sweat. But, that just wasn’t what I had imagined. Newspapers seemed to be going the way of the dodo. I was going to have to eventually pay the mortgage. So, I decided to switch my degree. Because I was already two years in and classes aren’t cheap, I chose a more lucrative study that would allow me to capture as many credits as I could from what I had already earned. I got a degree in Advertising.

Mad Men had done its best to glamorize the craft, but I wasn’t 18 anymore. It wasn’t going to be like the movies. Before I even graduated, I knew that this wasn’t the degree I wanted. So, what now?

A Degree in Adaptability

According to CareerBuilder, almost half of new graduates take a job outside of their degree field after college. Even by age 35, about one third of them are still in jobs that don’t align to their degree. One of the reasons that so many people work in outlying occupations is the tough job market, no doubt. But, there’s another contributing factor. Like me, a great number of 18-year-olds don’t know what they want to be when they grow up. They pick a path, start down it, then figure it out from there.

Some people might call us reckless, but I prefer to think of us as adaptable. In a world where change remains constant, this isn’t a bad thing.

Employers Are Catching On

The days when employers only considered candidates with an education in their field are gone. While hiring an employee who didn’t study your specialty can carry it’s own challenges, the risk can really pay off. In fact, many high-performing organizations are actually searching outside of the box.

“Introducing a new perspective into the mix creates the opportunity for innovative new approaches,” Nadya Khoja wrote in her Business.com article, Think Different: 3 Reasons To Hire Employees Outside The Field. Nadya points out that people working outside of their field often have a very desirable skill set: the ability to communicate, self-teach, and think differently.

Then, What’s The Point?

Good question. Why even seek a degree in a hiring climate that is looking for soft-skills more than degree majors? Well, I think Ashley Stahl put it best in her Forbes.com article, Six Reasons Why Your College Major Doesn’t Matter:

“Your degree is a prerequisite for the competitive workforce…”

Having a higher education degree under your belt will help you get jobs that have higher wages and better benefits. You will also need at least a bachelor’s degree for most jobs that require professional certification: teaching, accounting, engineering…

And, even though your college major may not hold as much importance, the skills that you acquire while working toward your degree certainly do. College doesn’t just teach us about our field. We learn how to make independent decisions, how to communicate and multi-task, and how to be self-motivated. These are all characteristics that your future employer will value.

So, What Should You Do?

It’s no secret. We want to find the best candidates for teaching.

But, maybe you are still exploring your options. If you are, then you probably should be. We suggest using a tool that helps you find a job based on your skills, instead of your degree major. Check out Sokanu. They have a free career test, as well as job listing by trait: jobs for social people, jobs for artistic people, and plenty more.

If you are thinking about teaching, we are looking for you. You might want to read our post, Working Outside of Your Degree Field: Have You Thought of Teaching? 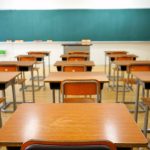 Do You Know How Your Students Feel About Their Learning Environment?Student Engagement 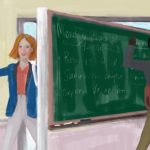 Call to Action: How Do We Help New Teachers?Career Change