The English language is the most studied language in the world. According to the British Council, an estimated 1.5 billion people across the globe are currently learning English. There is a universal desire and need for people to learn the English language. This has opened a robust job market for traveling teachers. In this 3 part series, we will answer:

Why do so many people want to learn English?

Official Language – This is the language a country officially uses in government, public service, courts of law, business and schools.

National Language – This is the language spoken in a particular region.

De Facto National Language –This is the language used in countries that do not have an official language but do have a national language. (De Facto means ‘in reality’)

Lingua Franca – This is the language used for communication between people who don’t share a native language. (Lingua Franca means ‘common language’)

Is English the official language of the U.S.?

Since most immigrants who settled North American were from Britain, English became the primary language of the people in the New World. In the 1600’s when the original 13 colonies were formed, the debate regarding an official language began, and it still continues today. Even though approximately 65% of the current U.S. population speak English, the U.S. has never declared an official language.

As a nation of people from other countries who speak different languages, many believe that an official language in the United States would damage our diversity and harm our heritage. Since most of our population speak English as their native language, the U.S. recognizes English as our ‘De Facto National Language’.

Is English the world’s most common spoken language?

Determining the most widely spoken languages in a world population of 7.5 billion people is an enormous task. There are a multitude of data sources from various organizations. After researching many sources, here is what we found:

Most Common Languages Spoken by the ‘Number of Native Speakers’

From the data, we can see that although Chinese is the most spoken native language in the world, English is the most spoken non-native language in the world today. More people speak English as a second language (about 80%) than people who speak English as a first language (about 20%). A common language is becoming more essential for both personal and professional interaction in the global space. English is recognized as the Lingua Franca throughout the world.

Why does the world need a common language?

In today’s global society, it is helpful to have a common language which allows us to communicate with each other. English fluency enables international communication among people from different backgrounds and ethnic groups. A common global language is most often used in fields such as:

Business and International Trade
Government and Politics
Medicine and Science
News Media, Telecommunication and the Internet
Entertainment and Literature
Travel and Tourism
Academics and Education
Navigation and Aviation

The number of English speakers continues to increase as learning English provides people with opportunities for clear communication, better employment and improved lives. As today’s dominant business language, English has almost become a necessity for people entering a global workforce. Thus, the importance and necessity of learning English has given rise to a tremendous need for English teachers in other countries.

How can you get a job teaching English in another country?

In Part 2, coming later this month, we will look at how to begin the teacher certification application process, popular locations for English teachers, salary compensations, testimonials from current teachers of English abroad and more . . . 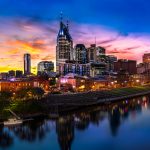 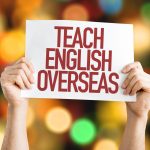 TEACHING ENGLISH ABROAD: HOW TO GET STARTEDTeaching Abroad, Teaching Jobs