Many people change careers over 5-7 times during their lifetime. The story below describes David, a 68 year old, who has had 5 careers so far! From serving his country, to translating historical writings and to operating construction equipment, some may say that he’s seen it all. After countless experiences, David realized that he wanted to teach. Read how one man is fulfilling his dream of becoming a certified teacher at a later stage in life.

As a boy growing up in Texas, David’s parents taught him to share his many gifts and talents with others. He showed his great intellectual curiosity by playing with chemistry sets and setting up science labs. Many of David’s peers thought he was strange since he loved to study and learn, especially in Science. In high school, he made an A+ in Physics which rarely happened with other students. David was the first one in his family of several generations to go to college. He never dreamed that years later he would go to school to become a certified teacher.

While in junior college, David registered with the Selective Service, which provides military manpower when needed, particularly during wartime. Countless Americans were deployed to the war effort in Vietnam. Since David drew a low draft number, he enlisted in the US Navy to train in electronics. However, while in boot camp, he could not identify certain colored wires due to some color blindness. This prevented him from working in electronics which resulted in great personal disappointment!

Since Electronics was not an option, David took several aptitude tests and scored very high in Math, Science and Languages. After boot camp, the Navy sent him to Washington D.C. to study modern Hebrew. David applied his linguistic skills through working in national security for the United States Department of Defense.

Following 4 years of military service, David began working at the World Bible Translation Center (WBTC), an independent outreach program. While here, he worked on Old Testament translations in Sign Language, Russian, Serbian, Arabic and Indian dialects. David began working on his Ph.D. in Linguistics so that he could research different dialects. Also, he learned advanced computer skills to develop multilingual word processors, typesetting software and multiple databases. Through using his Math, Science, Linguistics and Technology skills, David was instrumental in creating multiple translations of the Bible. These translations are available through free online services as well as through the distribution of bound copies.  David didn’t realize it then, but he was on his way to becoming a certified teacher. He was 62 years old.

After 31 years of service with the World Bible Translation Center, David retired and relocated to help his elderly parents. It was here that he began substitute teaching and enjoyed working with children. Later he moved from Texas to Oklahoma to help his extended family through difficult times. Since Oklahoma had no jobs requiring his skills, he worked in construction as a maintenance supervisor and an equipment operator. He began thinking about alternative teacher certification programs to begin a new career.

Working in construction provided income but lacked fulfillment. David wanted to share his wisdom and life experience with others as he was taught to do as a child.  In May 2018, he  enrolled in the TeacherReady online teacher certification program to become a Math and Science teacher. At age 68, he is studying to become a certified teacher to share his vast knowledge with the next generation.

In interviewing David about his participation in the Teacher Ready Program, an online teacher certification program, he stated the following:

“The things I have learned in the very first Teacher Ready lesson make it clear to me that I made the right choice!” 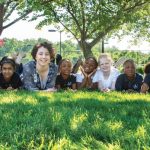 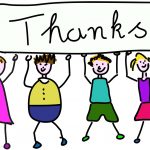